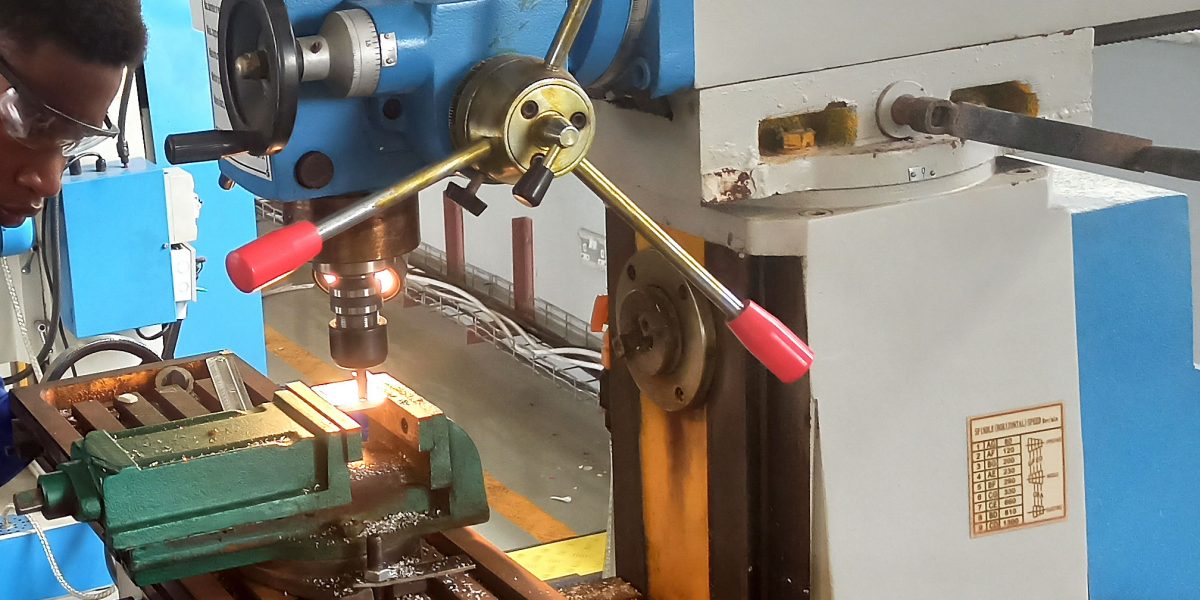 The SIWES participants of SST are involved in various projects. Some of the project areas are: Milling and Turning with Lathe Machine: Milling is the process of machining using rotary cutters to remove material by advancing a cutter into a workpiece. This may be done by varying direction on one or several axes, cutter head speed, and pressure. Turning is the most common lathe machining operation. During the turning process, a cutting tool removes material from the outer diameter of a rotating workpiece. The main objective of turning is to reduce the workpiece diameter to the desired dimension.

Wiring of the Solar Panel: Most motor rewinding processes generally involve three simple steps. First, the winding coils are removed or stripped, depending on the model. Next, new winding coils are often inserted before being insulated. Finally, the motor is rewound, and the insulation paper lining the stator is replaced if necessary. Drilling and tapping are two different actions. Drilling refers to creating a smooth hole in a material with a drill and motor. Tapping is the action that creates a thread into the side of the hole. A variety of taps are available to match almost any screw type available, including metric and standard measurements. An angle grinder is a handheld power tool that can be used for a variety of metal fabrication jobs that include cutting, grinding, deburring, finishing and polishing. The most common types of angle grinder tools are powered by electricity; either corded or battery powered. Welding is a fabrication process whereby two or more parts are fused together by means of heat, pressure or both forming a join as the parts cool. Welding is usually used on metals and thermoplastics but can also be used on wood. The completed welded joint may be referred to as a weldment.

Sawing is a process wherein a narrow slit is cut into the workpiece by a tool consisting of a series of narrowly spaced teeth, called a saw blade. Sawing is used to separate work parts into two or more pieces, or to cut off an unwanted section of a part. Marking out or layout means the process of transferring a design or pattern to a workpiece, as the first step in the manufacturing process. It is performed in many industries or hobbies although in the repetition industries the machine’s initial setup is designed to remove the need to mark out every individual piece.

This will close in 20 seconds